Ever since I was a little girl, I always wanted to be a teacher.  Never would I imagine that this would be the path I followed as a career. Or it’s more like this profession, as an educator, chose me.

My first ever teaching experience began when I was around 5… I used to practice on the children that lived in our back yard. I remember quite vividly the families who, at different times, rented our granny cottage ( better known in Durban as the ‘outbuilding’), which helped my dad supplement his income. One specific family, who we grew really fond of was Rita Aunty and Jaya Uncle. They had three children very similar in age to my siblings and I.

I would direct them in a ‘teacher voice’ to take their places on a wooden bench in the garden, telling them that school has begun. As I called out their names to take the register, Moira, Linda, Leon and my little brother Nishan would sit up straight acting on every word I speak. Now I realise with a cynical smile and a silent grin, the only reason they were so enthusiastic to listen to me, was the stick I had in my hand to indicate to them that I was the teacher. It was weird how a stick would condition children into certain behaviour. I felt powerful…I dared not use it because I knew my role  as ‘Madam’ would be over. This was my very first class of children who ignited that spirit and flame to teach and lead.

I was such a confident teacher as a 5 year old…and this went on for two years until I formally started primary school. As Moira and I spoke excitedly about what our first  day at school is going to be like, I could feel butterflies fluttering in my tummy. I was scared, nervous, fearful and anxious. Anxious about how was I going to leave my mummy. I prepared the other children for school but not myself. I only knew what life was as a teacher but not a student.

When my mum dressed me up and walked me to school with Moira and Rita Aunty, I held onto my mum’ s bangles on her hand.  I could feel tears welling up and my heart pounding in my chest. My sister Nirvana who was fours years older than I was, had to leave her class to come an ease my anxiety. As my mum and the teacher, Mrs Murivan, struggled to release my grip from my mum’ s bangles, my sister annoyingly tugged at my shoulders whispering, “Asha, let go of mummy’s bangles and I will sit in class with you.” Listening to her frustrated voice and holding onto her promise, I released my mum to the freedom of walking back home without a crying child.

Moira volunteered to sit with me as a distraction so that Nirvana could escape the embarrassment of consoling a cry sibling. When I realised that she was gone and I was alone again. I took control of myself. I had to take the first step of breaking the shackles of the classroom with happy children… I asked the teacher if I could go to the toilet and that was my alibi, to make my great escape….I ran away from school back to my safety net….my home.

This was definitely not what my mother expected in her wildest dreams…she welcomed me with a few shots from a plastic,  Staedler ruler on my legs and marched me back to school. This time, the shock and sting from the ruler, engraved in my mind that I must never cut school, ever again. And 36 years later….I’m still going to school, doing what I love to do best… Which is being a guru….being a teacher….and hoping to be a role model that my children aspire to be.

Now, that’s how my path as a teacher began… 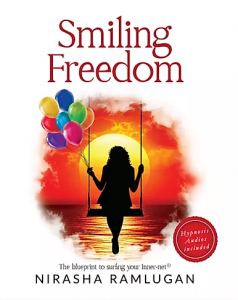 Get a Free Relaxation Meditation Now

You have Successfully Subscribed!